Share a memory
Obituary & Services
Tribute Wall
Read more about the life story of Carroll and share your memory.

Carroll “Mike” Michael, 89 of Petersburg, WV passed away peacefully from this life at his home on November 18, 2022 with his family by his side.

He was born in January in 1933 in Petersburg, WV to Merl and Flossie Michael. He graduated from Petersburg High School and went on to obtain an Education degree from Shepherd State College followed by a Master’s degree from Frostburg State College. His entire professional life was spent in the Grant County Education System, where he worked as a teacher and varsity basketball coach at Petersburg High School, and later served as Principal at Maysville Elementary School until his retirement in 1995. One of his proudest professional achievements was being a co-founder of the still existing PHS Holiday Basketball Tournament and being inducted into the PHS Hall of Fame.

He married Joan Elaine Pratt of Moorefield, WV in 1955 and together they raised three daughters during their 52 years of marriage. Joan predeceased him in 2007. He is survived by his daughters, Brenda Jo Horn (Stephen), Mary Beth Barr, (David) and Carol Ann Fernandez; five grandchildren, Ashley Riggleman (Jeremy), Joey Rotolo (Nixie), Kaitlyn Kesner (Shawn), Allie Luker (Ryan) and Olivia Fernandez; five great- grandchildren and several nieces and nephews. He is also survived by his youngest brother, Harold Michael of Old Fields, WV with whom he shared a special brotherly bond. In addition, he is survived by his friends, Linda Pennington and John Reel who had a special place in his heart.

In addition to his spouse Joan, he was predeceased by his sister, Gail Rohrbaugh, and his brothers, Neil, Darwin, Ray, Tracy and Gene Michael.

Carroll will forever be remembered for his deep love of God and his family, his gregarious personality, sense of humor, wisdom, kindness and generosity. He touched so many lives with his optimism and gentle-natured spirit and served as a role model and mentor for his students, friends, colleagues and family for a life lived in service, compassion, responsibility and respect for all persons.

A celebration of life will be conducted at Main Street United Methodist Church, where he was a member for almost 90 years. The service will be on Saturday, November 26, 2022 at 1:00 PM followed by a reception in the church fellowship hall. In lieu of flowers, memorials may be directed to Main Street United Methodist Church, the Pocahontas Memorial Hospital Capital Campaign or the charity of one’s choice. Arrangements are under the supervision of Schaeffer Funeral Home. 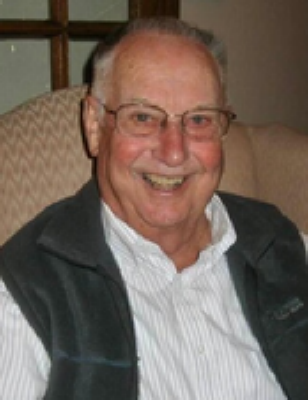